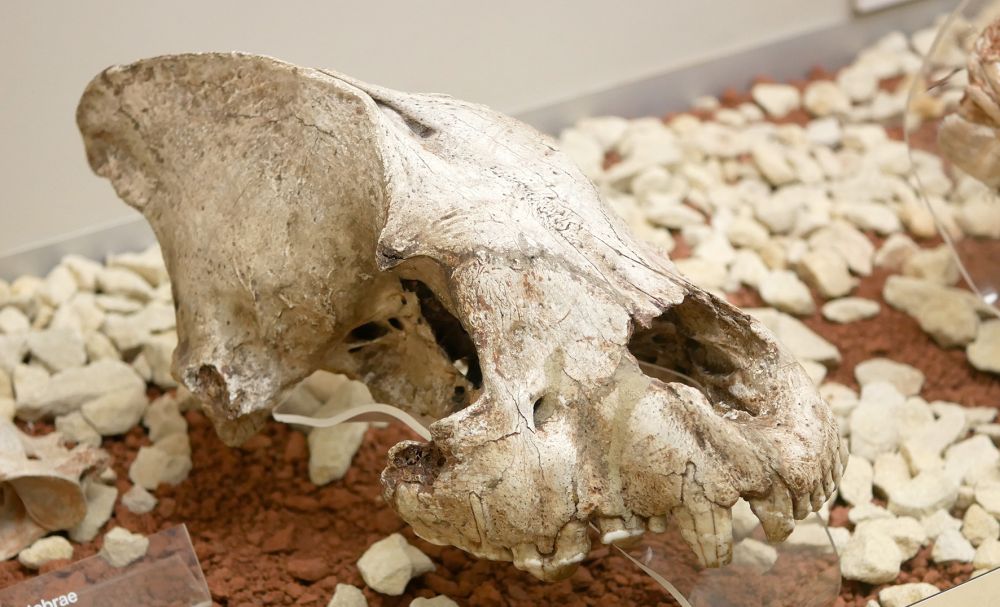 Like most mammals, hyenas are no strangers to homosexual acts, in fact, historically the hyena was recognised as being “quite obsessed with sexual intercourse”. They had also been miscategorised as Hermaphroditic by nature due to their unique reproductive system.

In general, hyenas are very aggressive animals, and studies of this aggressive behaviour in the female hyena has led to the understanding that more aggressive females are better able to compete for resources, including food and mating partners. This is also attributed to the matriarchal family structure of a cackle or clan of hyenas, requiring the assertion of dominance over other males and females to take the form of mounting and sexual dominance. Research has shown that “elevated levels of testosterone in the uterus” contribute to this enhanced aggressiveness; leading both male and female hyenas to mount members of both the same and opposite sex, who in turn are possibly acting more submissive because of their exposure to “lower levels of testosterone in the uterus”.

In regard to their presumed ability to change their gender on a whim as suggested in early depictions and writings of the hyena, this is due to the female hyena’s unique genitals in which the clitoris engorges into what looks like a penis, complete with fused labia that replicate the appearance of testicles. This coupled with the indiscriminate mounting of same and opposite sex hyenas, only perpetuated the observer’s confusion, and led to Medieval Europeans associating hyenas with sexual deformity, prostitution, deviant sexual behaviour, and even witchcraft.

One medieval bestiary noted that since hyenas are “neither male nor female, they are neither faithful nor pagan”, making them an unknown factor and are therefore obviously not to be trusted. Unfortunately, because of their one-of-a-kind sex, hyenas were used in such bestiaries to illustrate “the evils of homosexuality”, which really is no laughing matter.