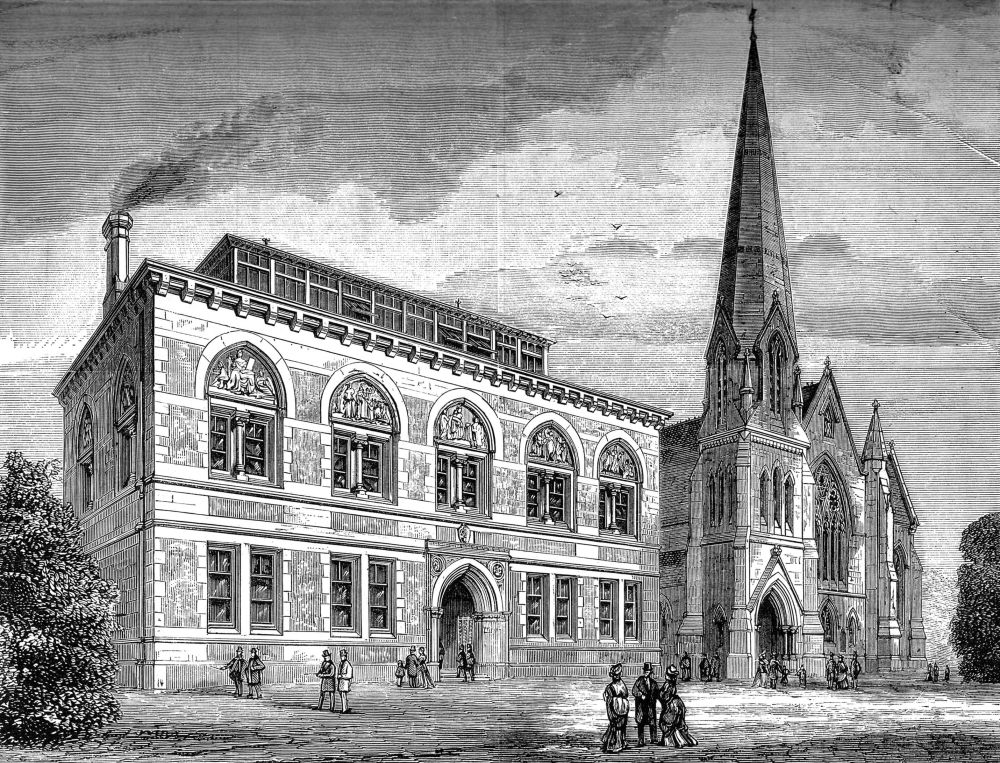 When the Torquay Natural History Society was founded in 1844 its members almost immediately realised the need for a Museum in which to display their collections.

Before the Society moved to its permanent premises in Torwood Street (now Babbacombe Road) its Museum was relocated several times. It first began life in Glen Cottage (now Parkmount) in Park Hill Road – the home of Dr Battersby (one of the founding members), however as the collections grew it was realised that a private residence was wholly inadequate.  Thus in 1846 the Museum was moved to Torquay Club House (later Buckingham House) in Higher Terrace (now Terrace Road), which it shared with the Public Library.

In 1852 the Museum was forced to move from these premises and found a place in Park Lane – Commercial Hall (behind the Commercial Hotel). However by 1857 the Museum was again relocated to the newly built Freemasons Hall in Park Place, which was in some areas custom built to suit the collections.  Here the collections were kept for many years, but the Society always felt that it needed premises of its own.

By the early 1870s a building appeal fund had been started and in 1874 Reverend Stebbing (President of the Society) laid the foundation stone.  In the stone below it, a cavity was formed to hold a bottle containing a brief record of the Society, a current issue of Nature magazine (with a portrait of Darwin) and two or three copies of the daily newspaper.  The land on which the new building was to be situated had been leased for 1000 years from the Cary family and rent was 1/- per year (which is still paid today).

The building was designed by the architect William Harvey Jnr. in the Venetian – Gothic style.  Two of the upper windows have terra-cotta tympana depicting the Arts and Nature, both designed by John Philip (the architect famous for creating the Albert Memorial in London).  One of the Museum’s finest features is its glass ‘lantern roof’, which illuminates the Upper Gallery.

Over many years the Museum’s collection has grown and grown thanks to the donations of Society members and the public.