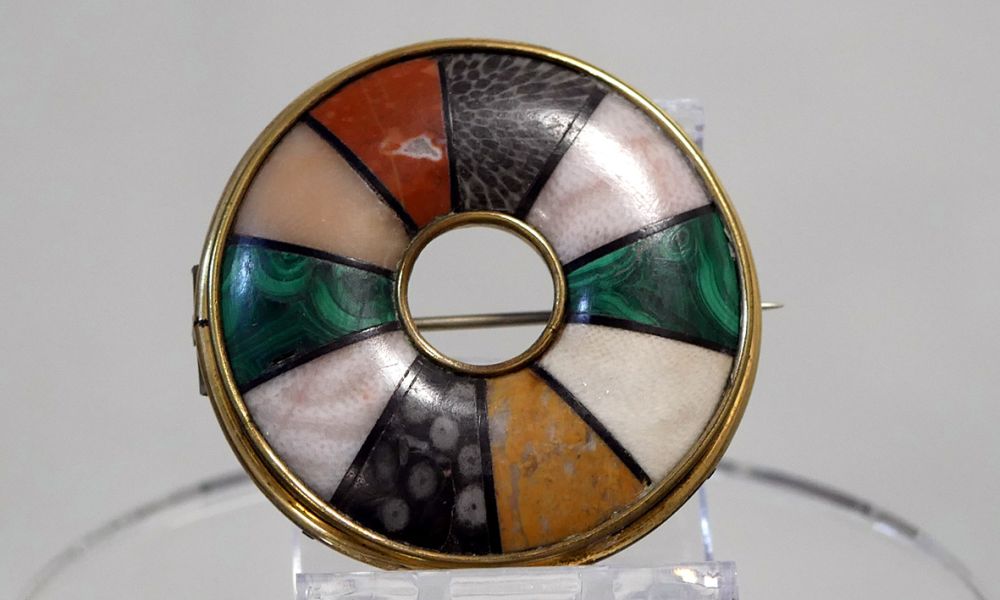 1st Baroness Angela Georgina Burdett-Coutts (1814 – 1906), was a British philanthropist and worked with William Pengelly promoting local geology and the Torquay marble industry. In her capacity as a supporter of the industry, Burdett-Coutts exhibited some locally made marble jewellery at “The London Exhibit of Ancient and Modern Jewellery and Personal Ornaments” for the South Kensington Museum in June 1872.

Even though Angela did eventually marry the young William Bartlett in 1881 for the remainder of her life, prior to this she lived with her partner Hannah Brown. Although being recorded by history as a “dubious” relationship, like most historical figures during these sexually repressive times, the reaction to the death of a partner is often a telling experience for how they actually felt about one another. Hannah was initially Angela’s governess but proceeded to spend the next 52 years of her life living with Angela until her death in 1878.

Upon Hannah’s death, Angela wrote to a friend that she was “utterly crushed by the loss of my poor darling, the companion and sunshine of my life for 52 years", which is not only devastatingly romantic but also indicative of their “more than friends” relationship. Statues of the two of them sit above the gateway to Holly Village and their Christmas card featured signatures and pictures of the two of them as was common for a married couple at this time.

The entrance to Holly Village Highgate, London. The sculptures on either side of the archway are meant to represent Lady Burdett-Coutts herself, and her governess and friend, Hannah Brown.