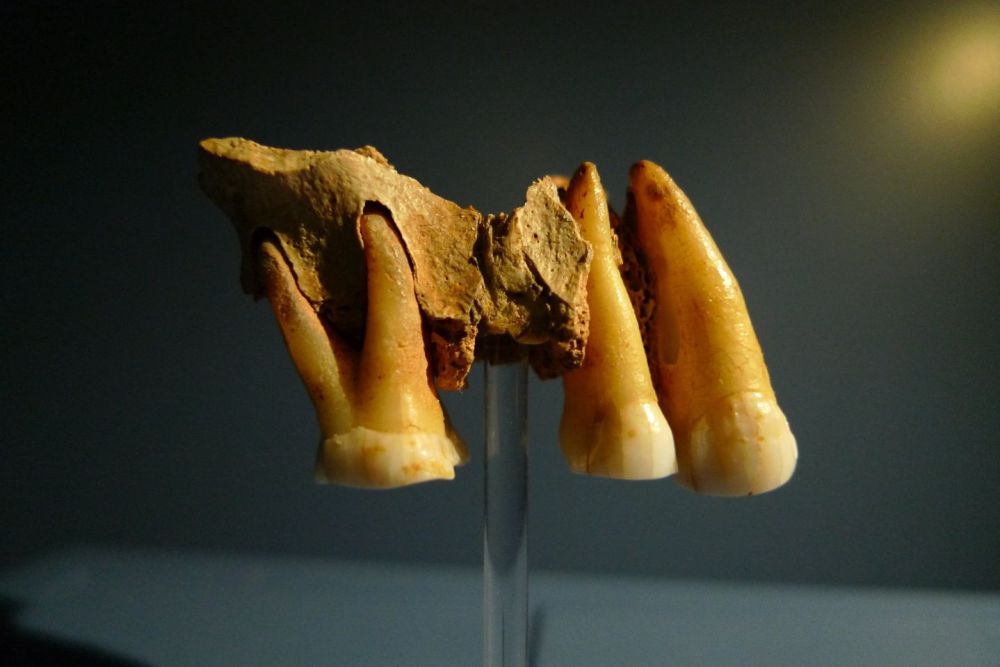 The Museum’s stores hold over 34,000 specimens collected from local caves, as well as Kents Cavern there are finds from Torbryan, Cow Cave, Chudleigh, Joint Mitnor, Buckfastleigh as well as many others. The finds represent the extraordinary wildlife that has inhabited the region in the last million years, and include bones of mammoth, woolly rhino, cave bears, lions, hyenas, hippopotamus, extinct elephants, and giant deer. These finds reflect the enormous environmental changes that have followed ice ages and interglacials.

The Museum’s store is rich in the Pleistocene fauna of the locality, but much work still needs to be done on these important scientific collections. Of the many Cave sites represented in the collections, over 50 percent of the finds come from Kents Cavern. At present work is progressing on the sorting, identification, cataloguing and digitisation of the specimens, and this includes relating each Pengelly numbered find back to the excavation diaries which are also housed in the Museum. This is a long and painstaking task, often involving work under a UV lamp to discern Pengelly’s faded numbers. The rewards for this effort are great. Gradually the faunal remains will become more directly related to the archaeological finds and a more detailed picture of the relationship of the two will be created.

An amazing range of species is represented from the local caves, both glacial and interglacial. From Kents Cavern the lower layers give us various species of bear and hyena, while from the higher levels mammoth, woolly rhino and wolf are all present, along with many more familiar species. From Joint Mitnor we have a different range of animals, from a wetter and warmer climate, including straight-tusked elephant, hippopotamus, ox and bison.

The Palaeontology collections also house many fossils from another time period important to this region, namely the Devonian. Over 6,000 fossils are housed in the store; these include hundreds of polished Devonian corals and other marine life, many also collected by Pengelly. There are also specimens from the Carboniferous, the Triassic and the Jurassic, including some international examples.