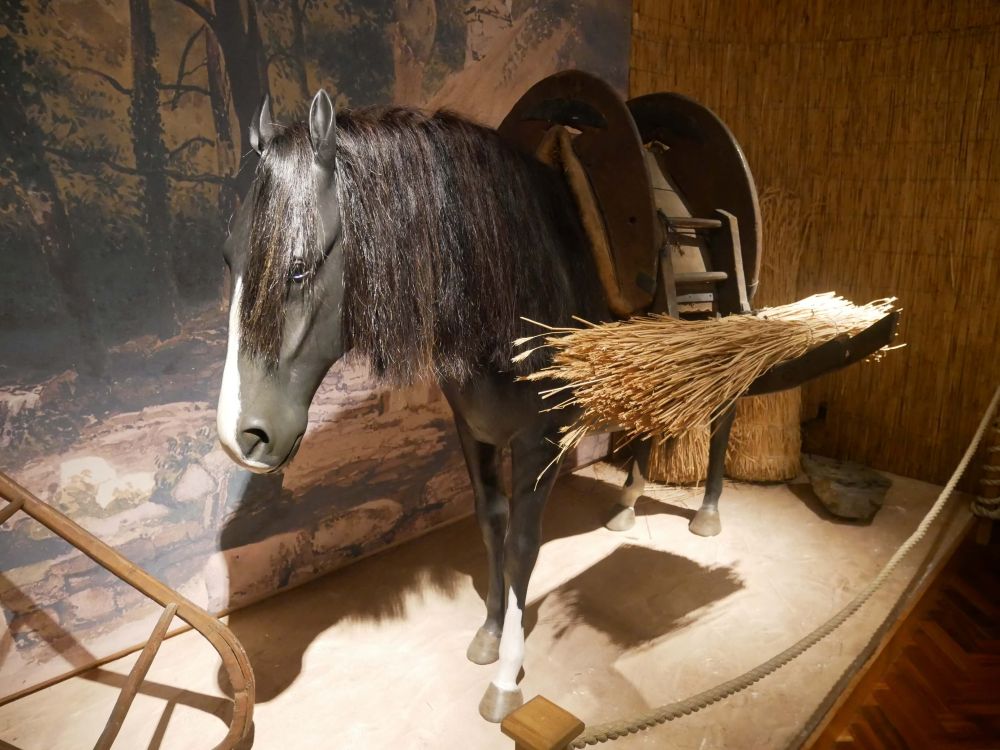 A unique pack horse chain-linked pannier. Dating from the late-19th Century and probably the only one of its type left in existence.

The saddle and equipment were collected from an Exmoor farm in the 1890s. Few pieces of agricultural and farming technology, with provenance, exist from this period and Torquay Museum is home to an unparalleled social history archive of national importance.

This rare example has a pair of dung pots linked together with hooked chains. These were slung over the saddle and could be used to carry other agricultural or road building materials. They were emptied by removing a peg from a hole in the outer upright which allows the whole base to swing open.

Pack horses were a critical form of transport in Devon until well in to the 19th Century. The wheel was a late arrival to rural Devon, a pair of wheels was not seen on a West Country farm before the 1770s and wagons never became commonplace. Such a late introduction of wheeled farming transport technology meant that pack-horses were used in Devon until the mid to late nineteenth century.