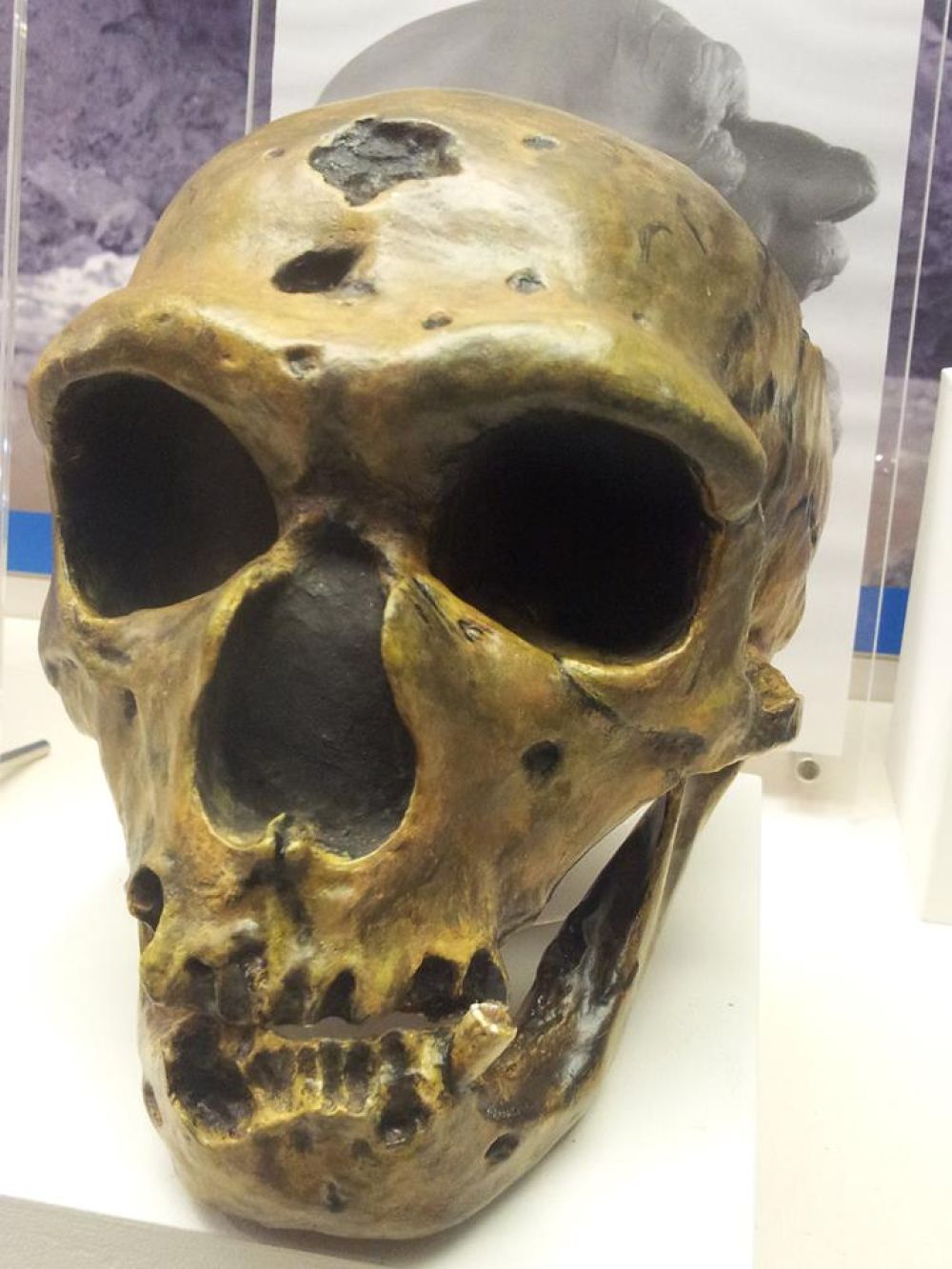 Known as the 'Old Man' of La Chapelle-aux-Saints he was found in Southern France and is about 50,000 years old.

His classic 'Homo Neanderthalensis' features are his big nose and brow ridge coupled with a large but low brain case.

He would have been a resilient individual and well adapted to cold climates. Tooth loss, arthritis and broken bones are evident in the skull. If he was alive today you probably wouldn't give him a second glance in the street.

Neanderthals and ancient modern humans were surprisingly similar and both inhabited nearby Kents Cavern around 40,000 years ago. They may even have encountered each other there.

We can't say if they got on well together or not. Despite their extinction little bit of them is still around today. Modern humans do share some common DNA.