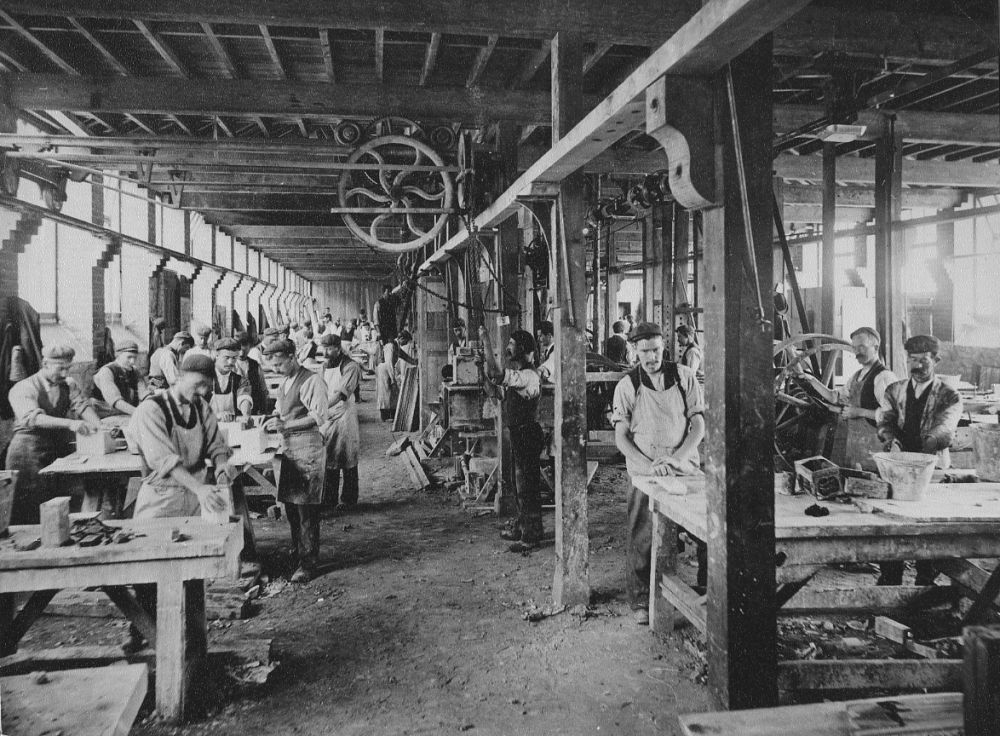 An industry developed around the stone, which became known as Devon Marble.  The industry is still active, using the same skills, but working mainly imported stones.

The Devon Marble display uncovers some of the history of this raw material and the marble industry, a story that is often missing from the history books.

The first large scale working of the local marble began at the start of the 19th Century, soon after Daniel Woodley purchased ownership of the quarry at Pettitor, Torquay.  The family set up Woodley’s Marble Works and began working the stone from the quarry.  They made items of high quality, winning a gold medal at the Great Exhibition of 1851.  This led the way for the founding of other companies, making South Devon an important centre for stone working.

Much stone and inlay work was exported to places far beyond Devon.  Salisbury Cathedral is amongst the many buildings to be decorated with Devon marble.  Devon companies are also known to have provided items for the British Royal Family, as well as plinths for sporting trophies including the Grand National.

The main Marble Works were based in St. Marychuch, Torquay.  Tourism around the coast seems to have encouraged the industry with works being established in Teignmouth, Dawlish and Paignton.  There were also workshops in some inland towns such as Ashburton.

There were companies focussed on the architectural uses of the stone and others that made ornaments and smaller decorative items.  Many of the smaller items went on sale in specialist shops and showrooms both locally and in London.  Some of these companies would have employed over 100 people, with production on a truly industrial scale.  Smaller scale domestic workshops also existed, these perhaps sold smaller items to tourists and polished pebbles picked up on local beaches.