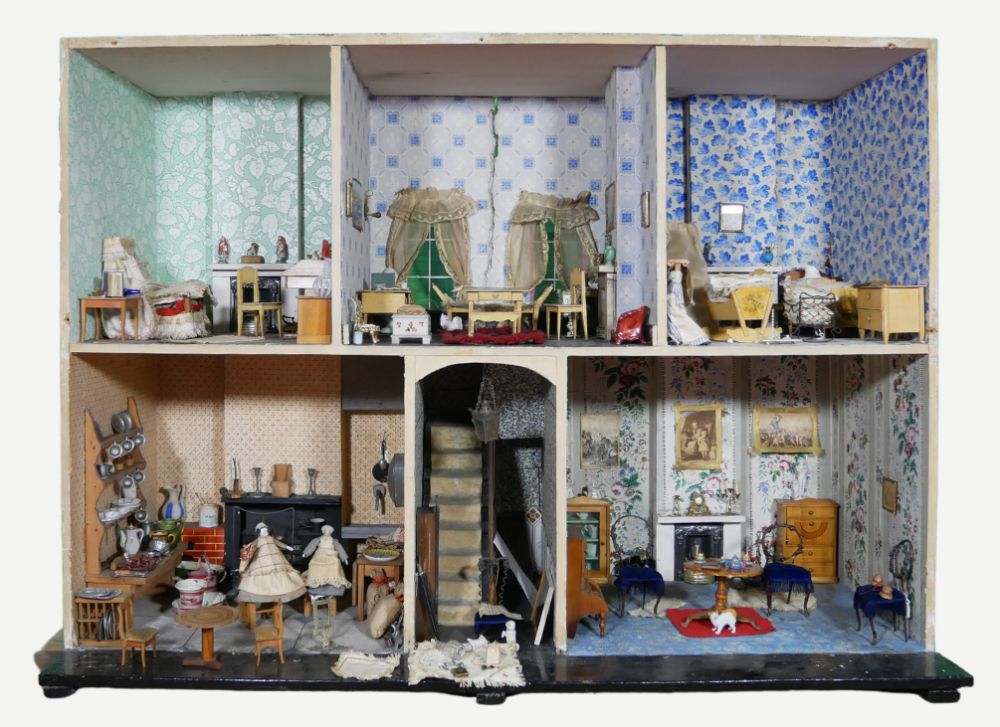 This house was, for many years, on permanent display in the Museum and is still fondly remembered by some of our visitors. As the displays changed it no longer fitted with the stories we were telling and so it was put into store. The house previously belonged to six sisters, the last of whom, Miss Edith Caroline Hitchcock, died at a great age in 1940 in Paignton.

Around the end of the 18th century good quality dolls' houses were being made but were used mainly to teach the art of housekeeping to the daughters of the wealthy. By about the time of Queen Victoria's accession, however, houses were becoming more common as playthings and were the product of cottage industries in the larger cities of England. Most of the furniture, on the other hand, was imported from France or Germany, where child labour was cheap and plentiful. Towards the end of the 19th century, factory-made dolls' houses flooded the market, but they were often poorly constructed, with thin walls and badly proportioned rooms.

This dolls' house is mid-Victorian and still has the original paper floor coverings. The furniture, mostly Continental, spans a period of several years, the earliest dated item being an almanac of 1843, and the latest being two French diaries of 1929. Note the early shower bath in the bedroom and the kitchen range made of wood instead of the usual tinplate. The various dolls were all made before 1860.

Photographs of the dolls' house were taken by John Tomkins of Emberlense Productions.