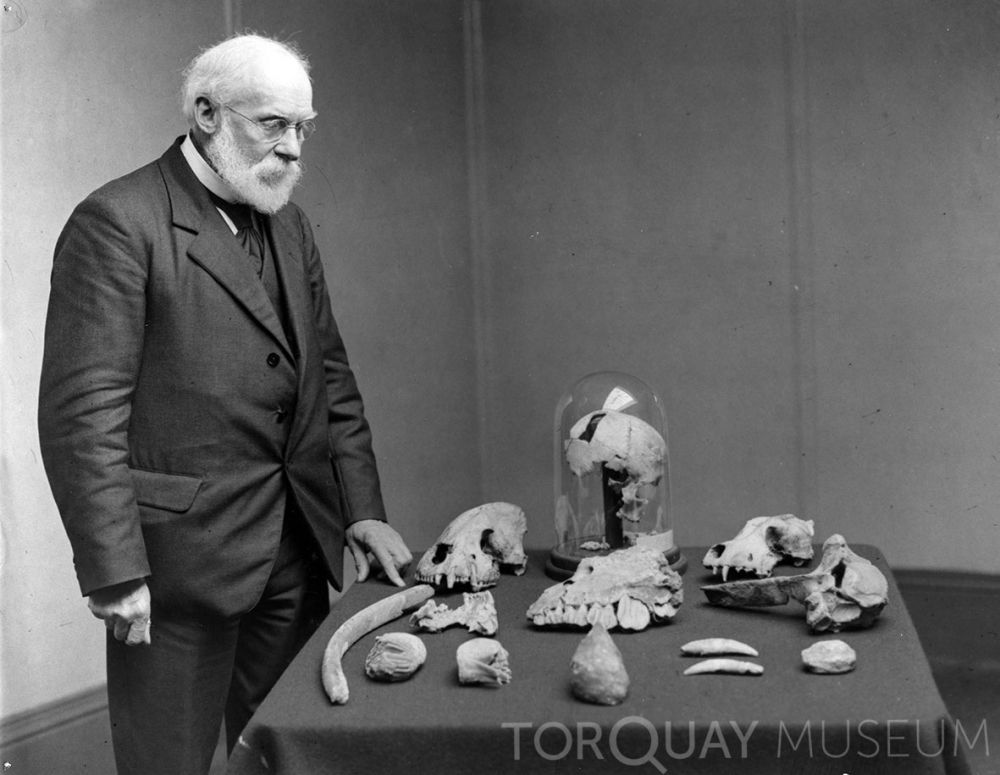 Torquay Museum specialises in the collection of archaeology from cave sites around South Devon and the Museum holds the largest group of finds from the highly important cave site of Kents Cavern. This collection includes over 500 stone tools, many of which came from William Pengelly’s excavations, and have very precise stratigraphic references that can be related to faunal remains housed in the palaeontology collection. The tools include examples of Acheulean, Mousterian, Aurignacian, Creswellian and Magdalenian cultures.

Other artefacts include fine bone needles, harpoon points, and a Mammoth ivory rod. The cave archaeology at Kents Cavern is exceptional because it represents habitation or use of the cave in every major period of time, from the lower Palaeolithic to the late Medieval, a fact that can be stated about no other site in the British Isles. The lower Palaeolithic tools are amongst the oldest in Britain, being securely dated to beyond 350,000 bp but are probably around 600,000 years old.

The collection also has another claim to fame, in that it has a tiny piece of human jaw, radio-carbon dated to 31,000 bp making it the oldest securely dated fragment of anatomically modern human in Europe and confirming an early date for the presence of modern humans in Britain.

Much of the archaeology housed in the Museum comes from the prehistoric settlement of South Devon. Many of the artefacts came from members of the Torquay Natural History Society who were actively involved with excavating many local sites, often working with the Devon Archaeological Society.

The prehistory collections span a huge length of time. From late Palaeolithic material found at Torbryan and Tornewton caves to Mesolithic finds coming from the coast between Start Point and Prawle Point. Also held in the collections are the finds from the important Neolithic site at Broadsands as well as a collection of fine polished and pecked stone axes, many of which have travelled from Cornwall although one particularly fine example originates from the Swiss Alps!

The Bronze Age is also well represented in the collections with bronze tools from the local area. There is evidence of Bronze Age trading in the form of bronze ingots from Churston, near Brixham, and cremation urns. Probably the most spectacular finds come from the Iron Age. The Museum holds the finds from Milber Down, an Iron Age fortification on the edge of Newton Abbot, a site that has yielded three finely executed bronze animals. The Museum also houses the largest collection of Iron Age pottery from a single site in Devon, namely, Kents Cavern.