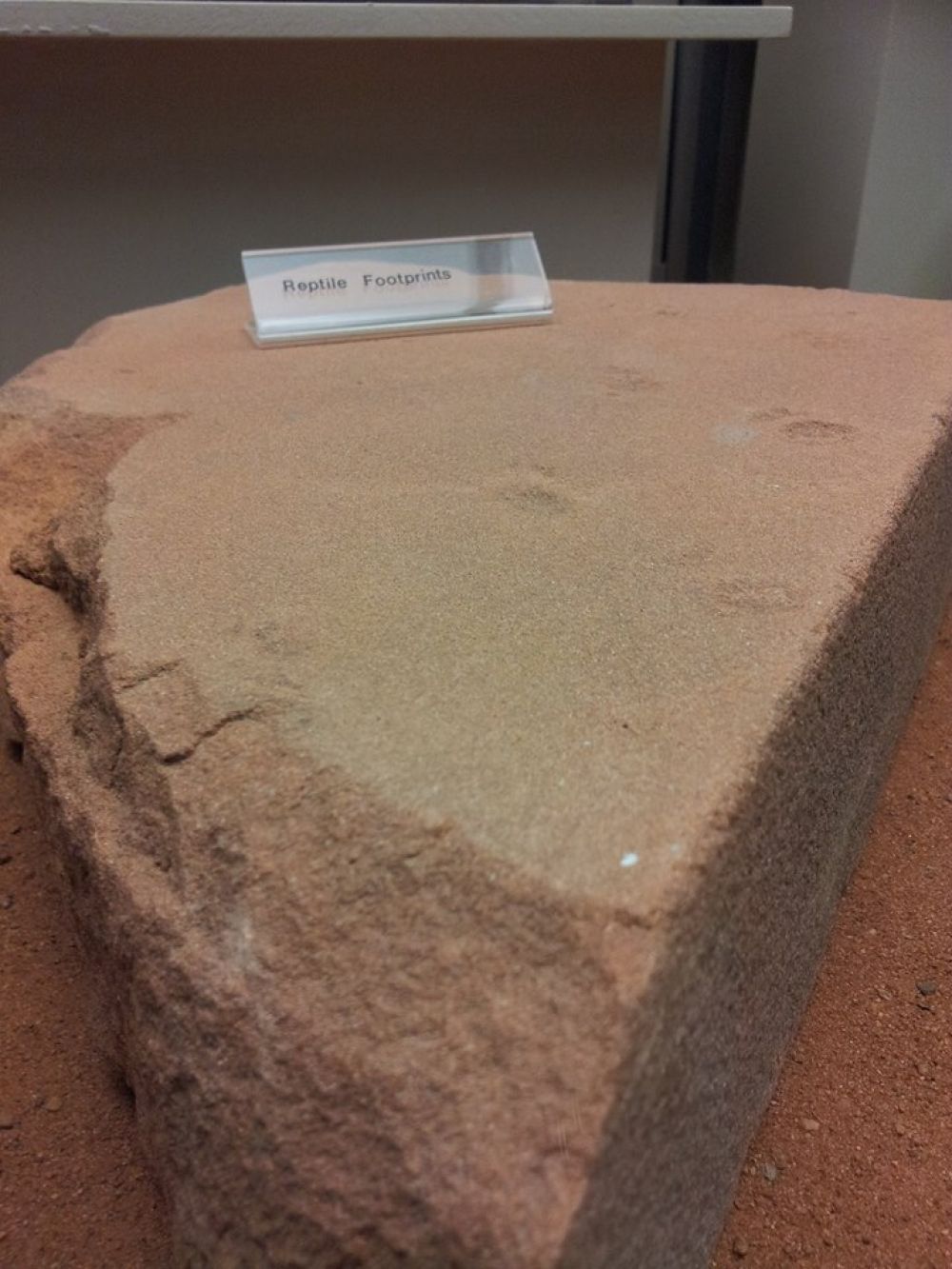 During the Triassic Period most of Britain was covered in Dessert Sand. It was the result the world’s worst mass extinction event ever.

In this parched, searing environment there was limited water and consequently terrestrial life took time to recover, diversify and evolve.

These rare footprints are tangible evidence that tiny primitive reptiles once crept around the Devonian landscape. These were among the first mammals and dinosaurs to evolve. They can be seen in our Holden Gallery.

The Triassic Period began following the worst mass extinction ever and ended with yet another extinction event that wiped out many of the species that had populated the planet.