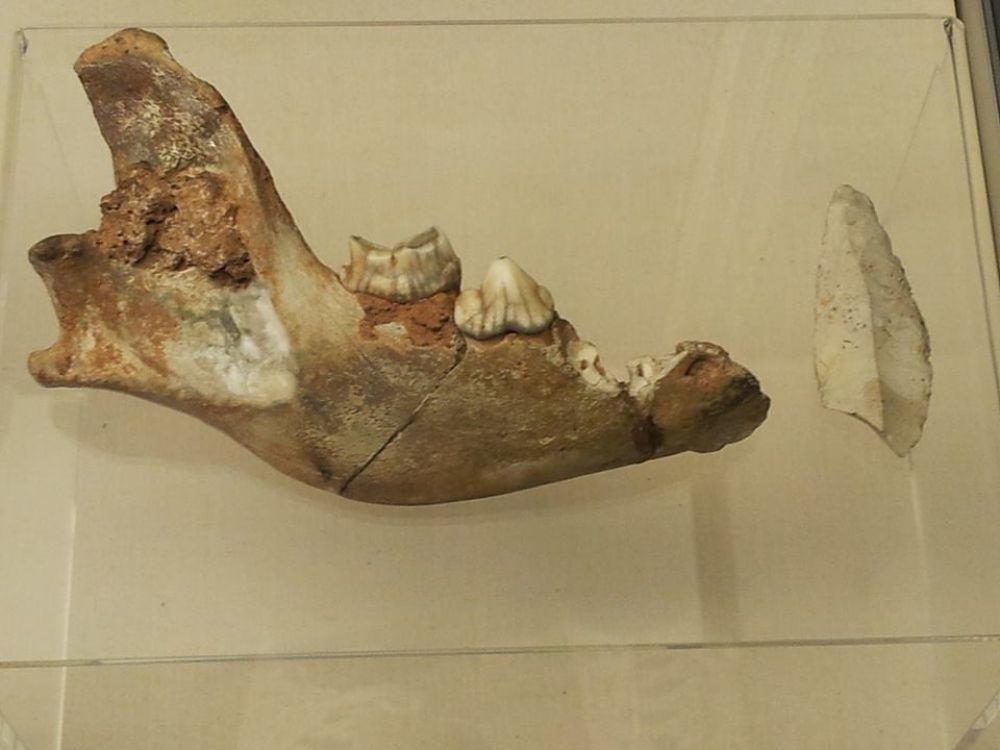 The Jaw was discovered directly overlying the leaf point (right) which was probably used as a head for a primitive spear.

Weapons of this type appear in the British Upper Palaeolithic when the Neanderthal population of Europe was on the decline and becoming replaced by Homo sapiens (anatomically modern humans).

These tools are associated with both groups, though it is likely that this was a Neanderthal tool.