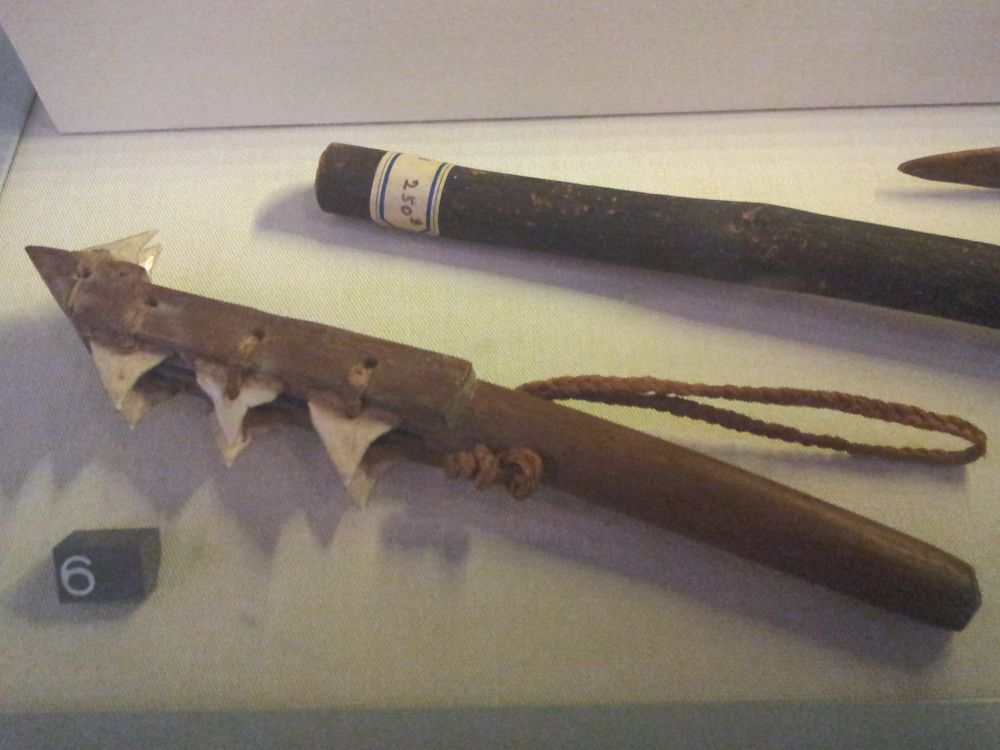 Shark Tooth scarification knife from Kirbati (formerly Gilbert Islands c1860) for creating scars as body adornment. The item forms part of our Micronesia and Polynesia bodya art display and is from the Swayne Collection.

The knife is a rare example of a tool used to modify skin by the scarification process. Sharks teeth are particularly well suited to the task as they have multiple serrated edges and leave permanent adornment scars.

Such scarification is now uncommon in Kiribati despite the Islands tattooing ancestry. Only limited body tattoos are not now done on the island. It was different a century ago and the following article, compiled in the 1930s, indicated widespread tattooing in many regions of Kiribati at the time.

The name Kiribati was adopted at independence from the UK in 1979. It forms part of the Gilbert Islands whose name derives from the British explorer Thomas Gilbert who encountered the islands in 1788 when mapping the Outer Passage route from Port Jackson to Canton.