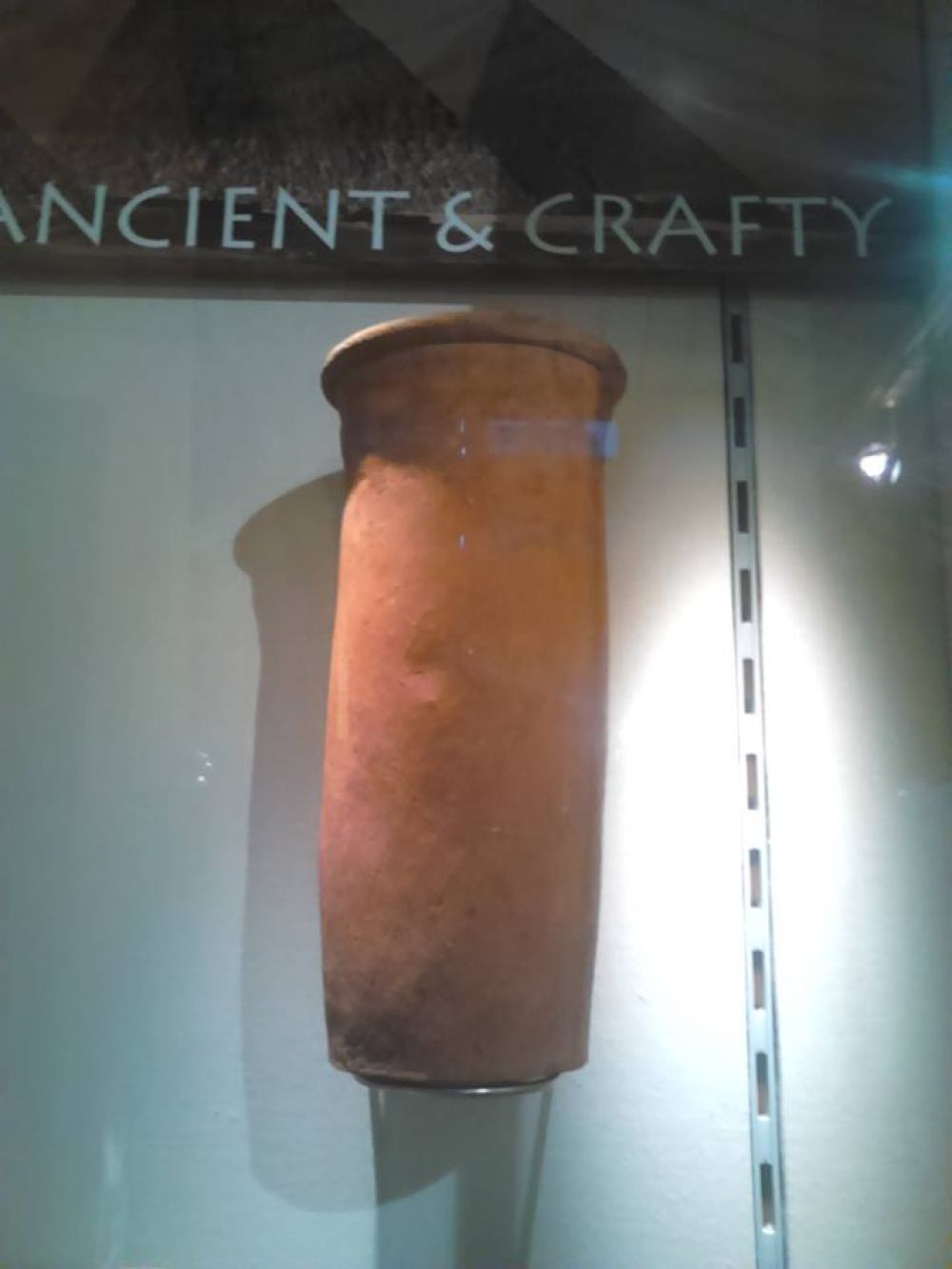 Cylinder jar made of Nile clay with a thumb dent of the Ancient Egyptian potter on it! At over 4000 years old, this a real link to a person in the past.

People in the settlements along the River Nile called it ‘the river of life’. The river was essential for growing food (irrigation) and—of course - for the clay used for making storage pots.

The ancient Egyptians developed the use of pottery around 7,000 years ago. Egyptian potters used the wheel to improve the quality and speed of production as early as 4,000 BC

This jar was found in a tomb at Abydos, one of the oldest cities of ancient Egypt and is considered one of the most important archaeological sites in Egypt; the sacred city of Abydos was the site of many ancient temples.