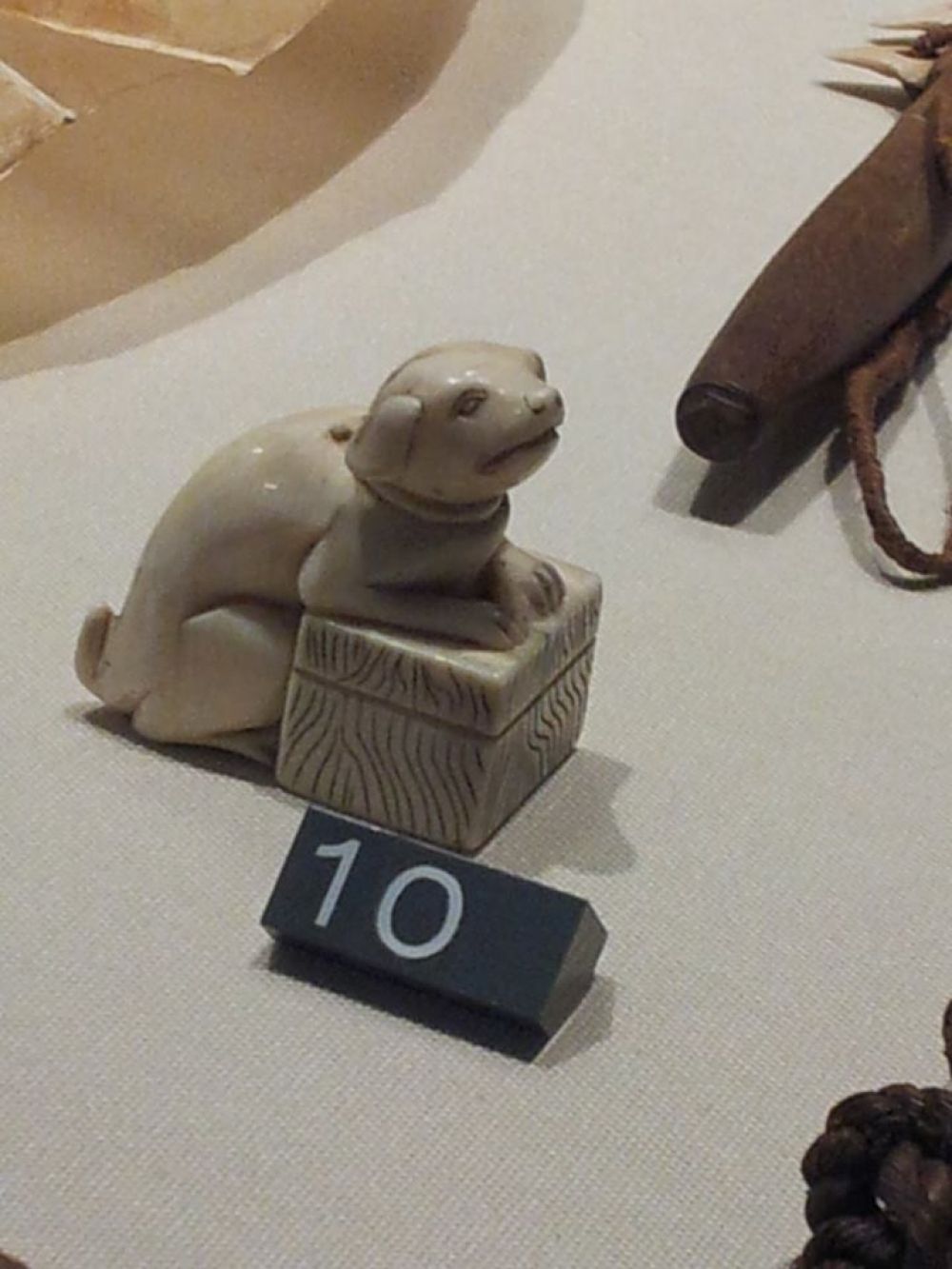 This carved ivory toggle, or netsuke, depicts a tiny ivory dog lying on a box. It originates from Japan and is on show in our Explorers Gallery. A netsuke is a small sculptured object popular with the Japanese for over three hundred years. It serves both a functional and artistic purpose. It developed as a result of traditional Japanese kimonos having no pockets.

In addition, the male kimonos didn’t have sewn-up sleeves. The female kimono had sleeves that could be used as a form of pocket. As a result, women would secrete small items up their sleeves.

The men would hang their tobacco and pipe pouches, purses and writing apparel on cords looped under and behind the wide sashes around their waists. At the other end of these cords was fastened a small counterweight which evolved into ornamental objects and eventually the netsuke.