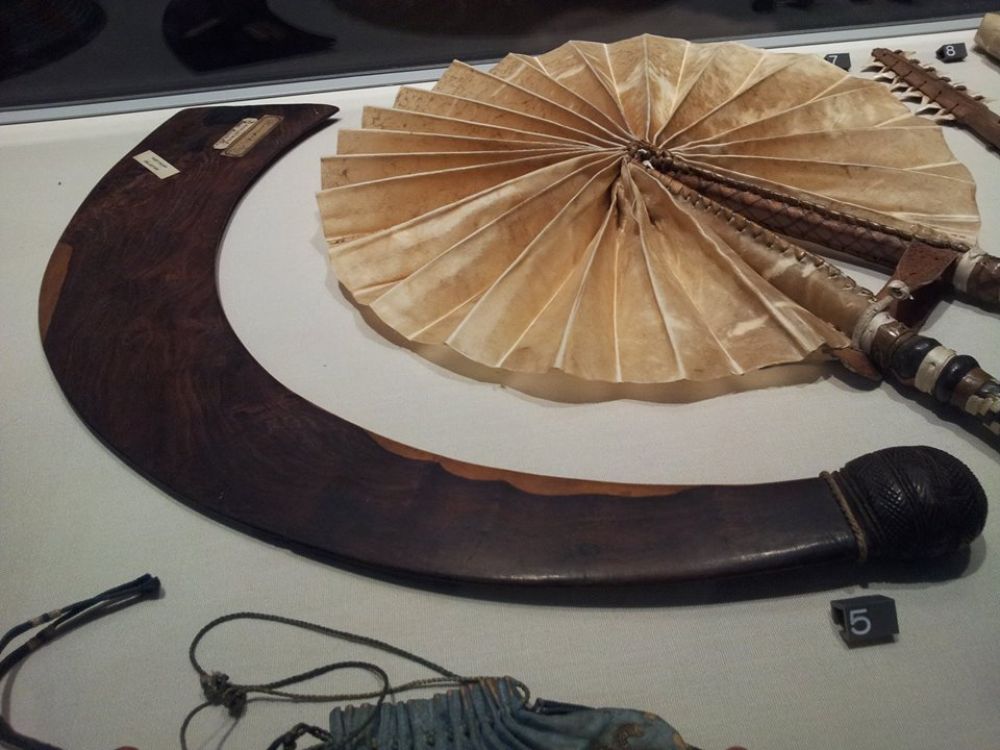 This is a Katari (Boomerang) from Gujurat, Western India. Boomerangs are not just an Australian Aborigine invention, similar wooden hunting implements can be found in cultures from all over the world.

If you visit our Explorers Gallery you can see this example which forms part of the Museum's world cultures collections, much of which was donated by Dr Charles Paget-Blake. He was President of the Torquay Natural History Society (1869 – 1870) and became actively engaged in collecting ‘curios’ from the 1840s, both as a result of his travels, and as an Assistant Surgeon on-board HMS Cornwallis during the first Chinese Opium War.

You can still see the original 19th century label which incorrectly states it was found in South Australia. The term ‘boomerang’ probably entered the common lexicon around 1827, corrupted from an extinct Aboriginal language from New South Wales, Australia. A variant, ‘wo-mur-rang’, has been dated to at least 1798.